The Starting Map for Players

This'll be the starting map for the hexcrawl, more or less. I have a heavily marked up referee-only version with a lot more stuff on it (mostly dense networks of villages and castles too minor to note here, but also all the caves and dungeons). This area is about 1080km x 720km, covering an area about the size of Turkey, or about 20% larger than France, with four major polities and several minor ones at their periphery. 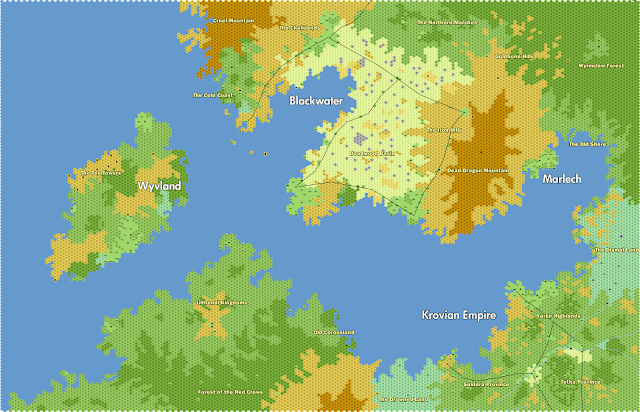 Also, Cole mentioned going down the language rabbit hole. Here's a diagram laying out the connections between languages. Purple language 1, as yet unnamed, is the dominant language in the area, but the Krovian Empire speaks blue language 5 (which will probably be named Krovian), and purple language 2's periphery is that dense forest in the north-east. 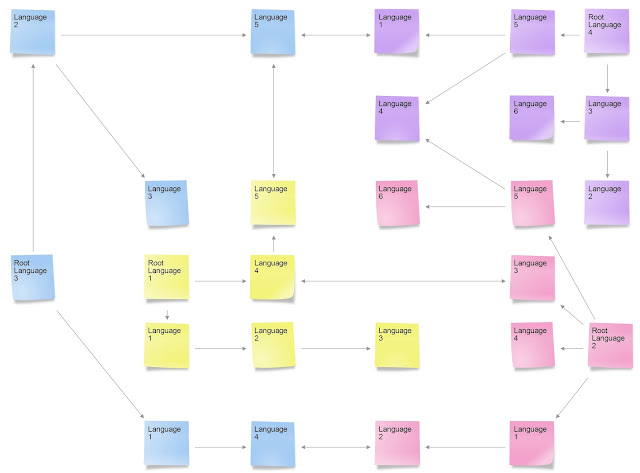