Maps of an Openquest Hexcrawl

I'm thinking my next campaign once Necrocarcerus finishes up will be to run an Openquest sandbox with a lot of hexcrawling. To that end, I've been preparing maps using Hexographer. The setting itself doesn't have a ton of detail. I'm holding off choosing names, feel, etc. for now until I have a numbered list of the various elements (languages, etc.) that I can flesh out. At last count there are 26 living languages, and somewhere around a hundred polities - almost as complex as Europe.

This is the continent it'll be taking place on. This map is using 30km / hex scale: 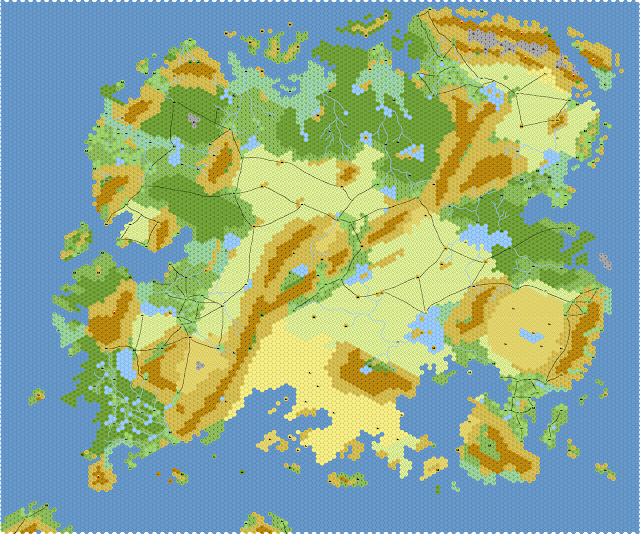 And this is the starting area, at 5km / hex scale. It's a "child map". This is the player-facing map (though they wouldn't start with it). I'll be filling in the referee-only material separately. 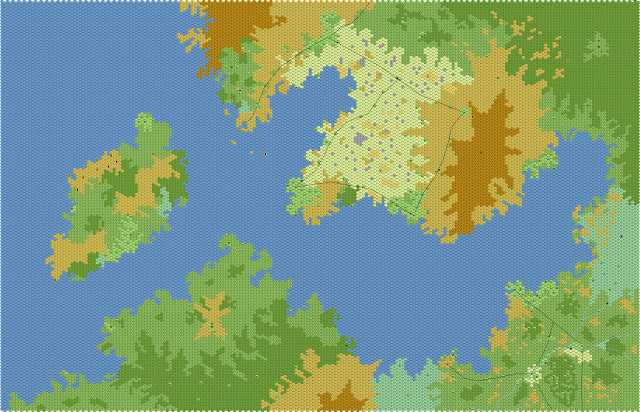 Labels will be forthcoming on both maps once I find a format I'm happy with. I've also got to populate the second map with GM-only locations, and then do some setting writing, both some large scale stuff and some detailed technical writing statting everything up.

I uploaded the continental map to Realtimeboard and did some doodling. Here's a sketch of the major polities and their areas of influence. 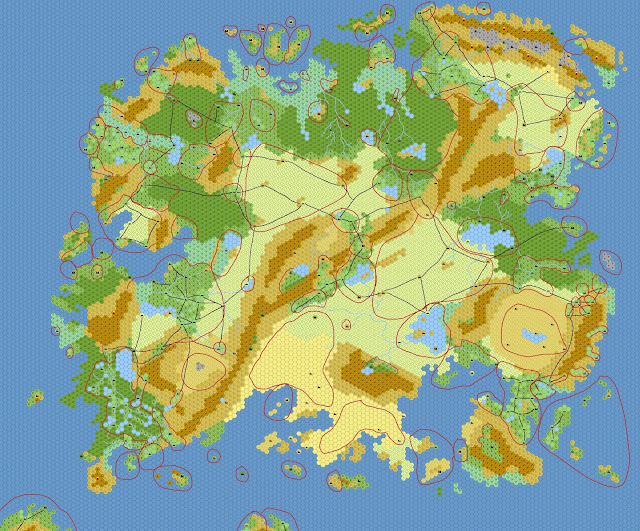 And this is a map marking out the linguistic boundaries of each region (the colours are meaningless, I just selected them for contrast and visibility): 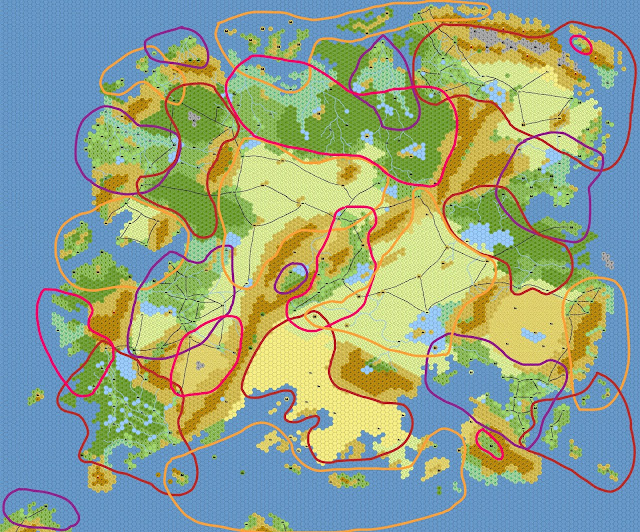