Some Gnoll Opponents for PF 2e

The island of Ursino (not-Corsica) on Verra has a bunch of gnolls. The gnolls are cursed mercenaries who were brought in as exiles from the Temmeno Empire (the not-Ethiopian Empire) over a generation ago by the Banco di Asmodeo to exert the banks control over the island and beat back swarms of the undead. A few missed payments, broken promises, and angry contractual negotiations later, and they're now organised into roving bands threatening the inhabitants of Ursino and are looking for a way off the island to go back home.

These gnolls are sort of based off of the buda spirit from Ethiopia, tho' only very loosely, and with any anti-semitic elements totally scrubbed. Buda accusations IRL can be used for anti-semitic purposes, but are used more widely to handle breakdowns in social relations. For more see Hagar Solomon's book The Hyena People: Ethiopian Jews in Christian Ethiopia, Tom Boylston's "From sickness to history: evil spirits, memory and responsibility in an Ethiopian market village", and this book chapter about a recent contemporary buda crisis. The part that particularly interests me about budas is their use to express the anxieties of subsistence farmers about integration into the market economy, which is very on-theme with Verra's focus on the 17th century emergence of global capitalism in a fantasy context.

So these gnolls are bad people who have practiced cannibalism and been cursed by the Hidden God to take hyena features for it, one of a larger class of beast peoples originating in this way. They reproduce by spreading the curse - making other people eat dead bodies so that they in turn become gnolls. Ultimately, their goal is not to wipe out the inhabitants of the island or whatever, but to get a few ships and either the crews to operate them or knowledge of how to sail them themselves, and then to go home (where, truthfully, they will be no more welcome; the Temmeno don't want cursed cannibal mercenaries they've already exiled coming back)

There are three gnolls in Pathfinder 2e as it exists: one level 2, one level 3, and one level 4. I wanted PCs to be able to fight gnolls right from the start of the game, so I created a bunch of -1, 0, and 1 level gnolls, which will be especially helpful once the PCs hit levels 2-4 and I can send big hordes of the low level ones after them. I created these gnolls using the PF Tools Monster Builder, and I think there are a few typos where I forgot to change gear or names on powers, but the numbers should all be right.

So with that long introduction, here are some low level gnoll opponents for you to use. 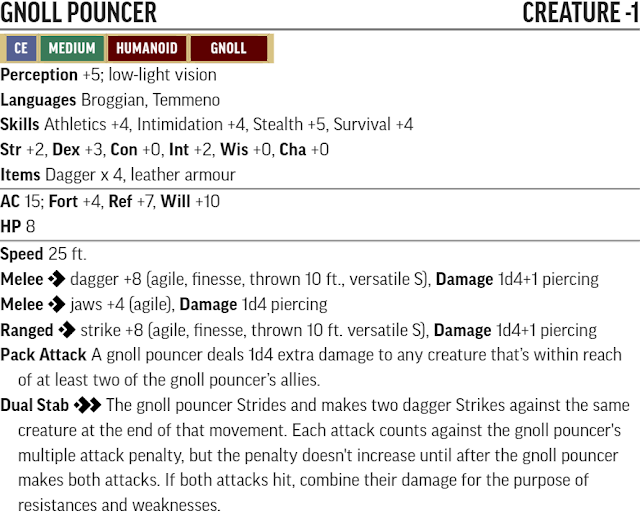 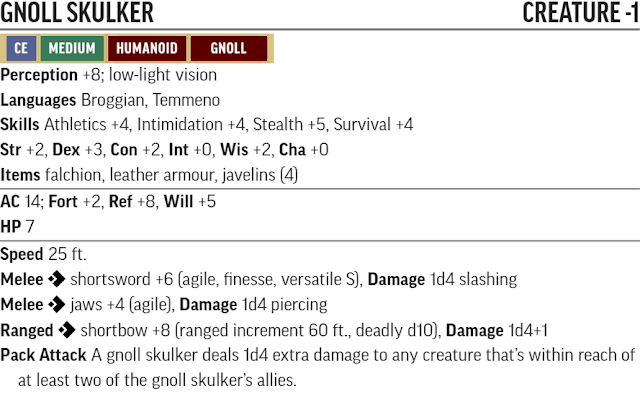 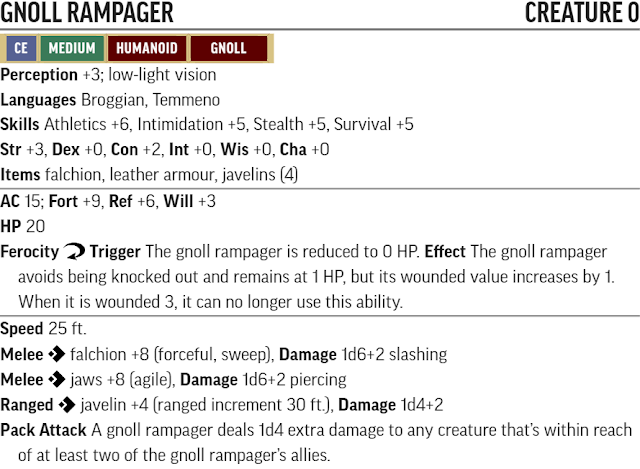 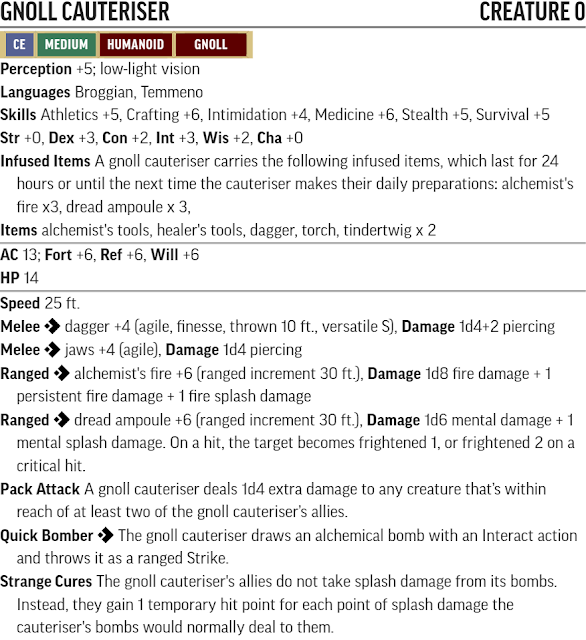 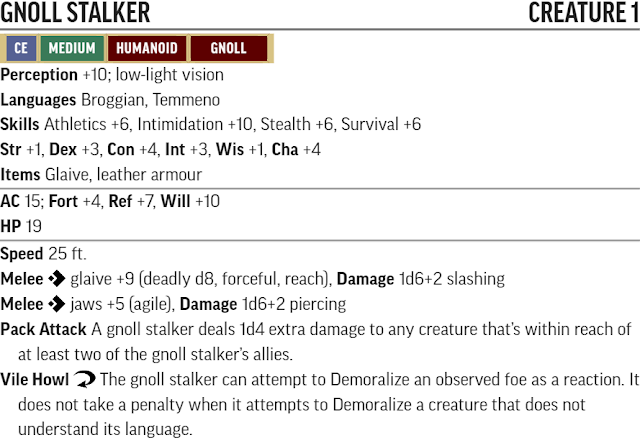